Following Boris Johnson's interview with Sky's Sophy Ridge, the Liberal Democrats have compiled ten things Boris Johnson has done that are naughtier than cycling on pavements: 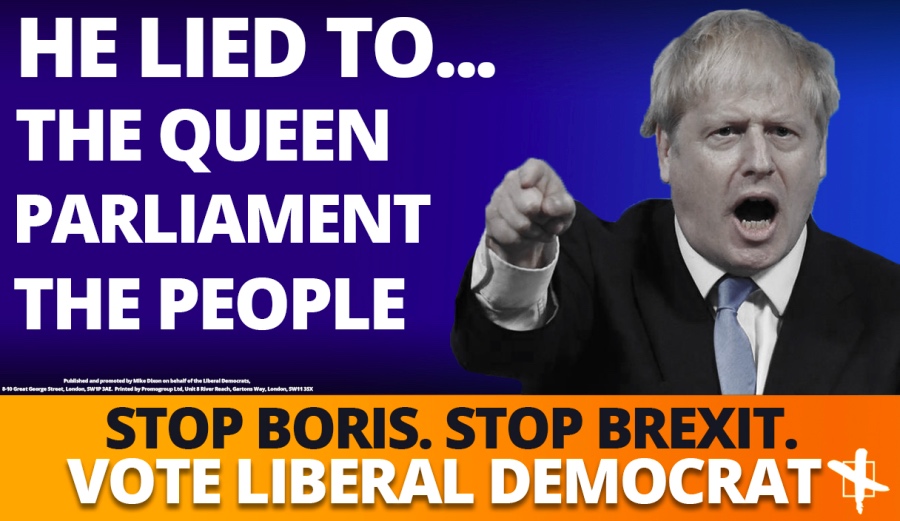 “From lying to the queen to insulting single mothers, Boris Johnson has done far naughtier things than cycling on the pavement. He has tried to laugh off his dismal track record of lying to the public and attacking women and minority groups. But this is no joke.

“Boris Johnson's stumbling answer on Sky’s Sophy Ridge gave an insight into his mindset: dodging, ducking, and diving. He is not fit to be Prime Minister.

"This election is a chance to get rid of Boris Johnson, stop Brexit and build a brighter future, by voting for the Liberal Democrats."