Almost one million businesses in the UK have closed in the past three years, analysis by the Liberal Democrats has revealed, showing how Brexit uncertainty under the Conservatives is hitting our high streets. 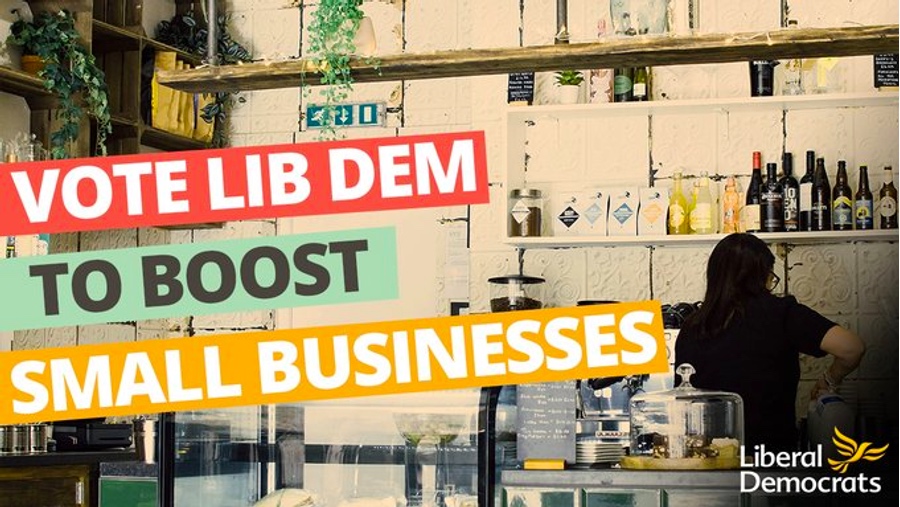 It comes as the Liberal Democrats today (Saturday 7 December) unveil a series of measures to reverse this decline and boost small businesses, to mark Small Business Saturday.

The Federation of Small Businesses has warned that a no deal Brexit, which Boris Johnson has repeatedly refused to rule out, would mean more damage to firms.

Firms are also being held back by the Conservative government's failure to reform business rates, and by new taxes on the self-employed that business groups have described as "disastrous".

The Liberal Democrats would boost small businesses by:

“Since its launch in the UK in 2013, Small Business Saturday has been an opportunity to celebrate the hard work of independent small businesses that contribute so much to their local communities. But it’s also a time to consider the challenges being faced by business owners and entrepreneurs who are struggling to keep their businesses afloat.

“This Conservative government has completely failed small businesses, saddling them with years of Brexit uncertainty and ignoring urgent calls to reform business rates.

“Boris Johnson now wants to plough ahead with crashing the UK out of the EU, which would mean even more damage to businesses up and down the country.

“Each business closed represents jobs, investment and opportunities lost to our country.

“Now Boris Johnson's Conservatives want to plunge small businesses into even more uncertainty by pursuing a Brexit plan that risks yet another No Deal cliff edge in December 2020. They have lost any right to call themselves the party of business.

“Liberal Democrats are proud to be a party that supports businesses. We will stop Brexit, get back to the dealing with the issues that really matter to small businesses and build a brighter future.”