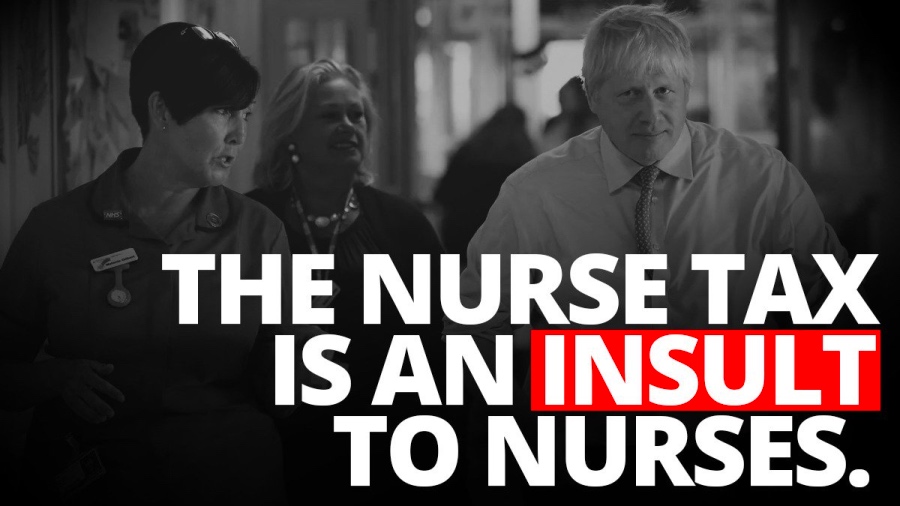 The 'nurse tax' was the policy outlined just last week by the Tory Party that the Immigration health surcharge and immigration visa fee were being extended to EU health professionals, coming to the UK to work in the NHS.

“The Tory nurse tax is ballooning due to the immigration health surcharge rise announced today and is an insult to the thousands of people who dedicate their lives coming to work for our health service from the EU.

“The NHS relies on 20,000 EU nurses, 10,000 EU doctors, and we’ve already lost more than 5,000 EU nurses in the last 2 years. Without EU doctors and nurses our NHS would not be able to function and our loved ones would not receive the care they need.

“Equally, Matt Hancock’s comments today are heartless. He should know better than anyone how important international workers are to our NHS.

“For Matt Hancock to say that these doctors and nurses are not making a fair contribution towards our NHS is appalling. And for the Conservatives to charge people even more money to work in our NHS – when we are already struggling with severe staff shortages – is irresponsible and absurd.

“The Liberal Democrats have the solution to the NHS staff crisis: stop Brexit so that we can build a brighter future for our NHS".